Do you ever think about keeping your lungs healthy? “The lungs are very durable if they’re not attacked from the outside,” says Norman H. Edelman, M.D., chief medical officer of the American Lung Association (ALA). With a few exceptions, your lungs don’t get into trouble unless you get them into trouble, he says. That is […]

Your Gut has a Mind of Its own 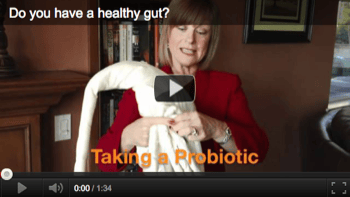 [youtube_sc url=”http://www.youtube.com/watch?v=8F9MZlQ0-oE”]”The second brain contains some 100 million neurons, more than in either the spinal cord or the peripheral nervous system”,  says Michael Gershon, M.D. an expert in the  field of neurogastroenterology and author of the 1998 book The Second Brain(HarperCollins). The mind in the gut is called the enteric nervous systemand uses more than […]